Sorry for the radio silence the last couple of months but things have been pretty busy around here. To catch everyone up her is an overview.

There are other things that have gone on in our hectic life, but these are the highlights. I have some posts I am working on about different things over that last few months, but I am enjoying the time I have with Jordan while he is home, so I will post more later. 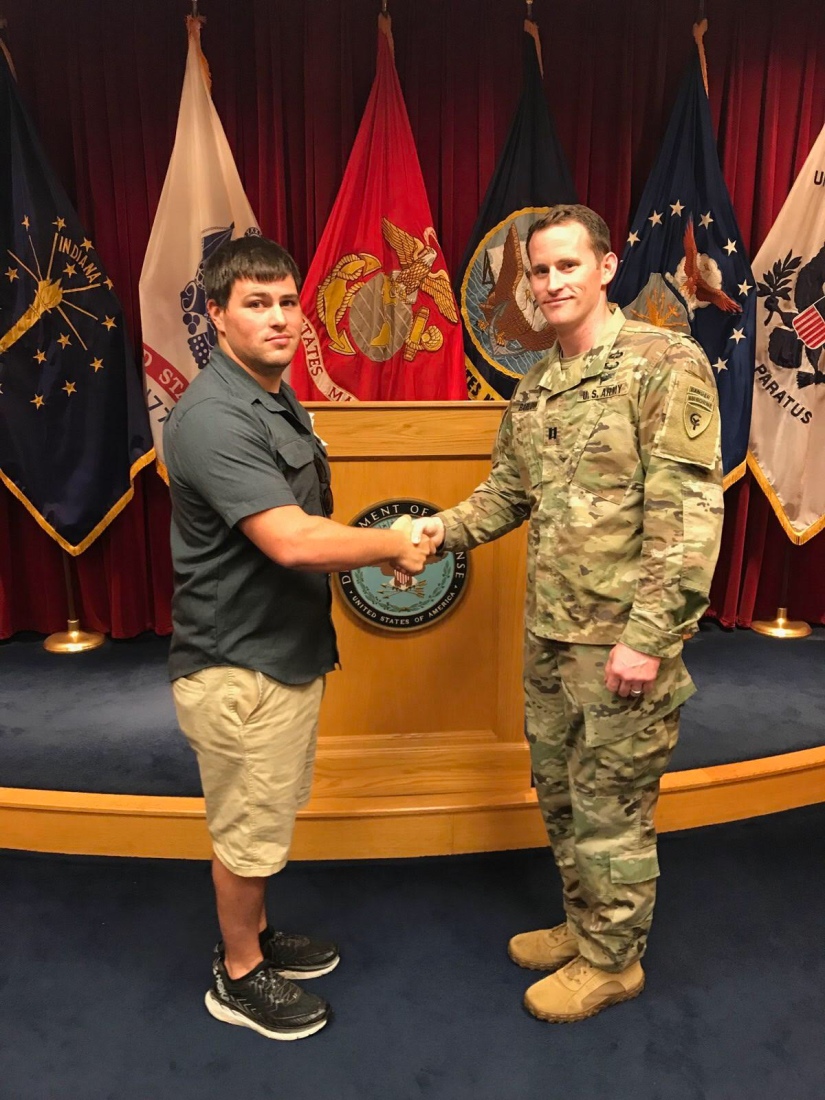 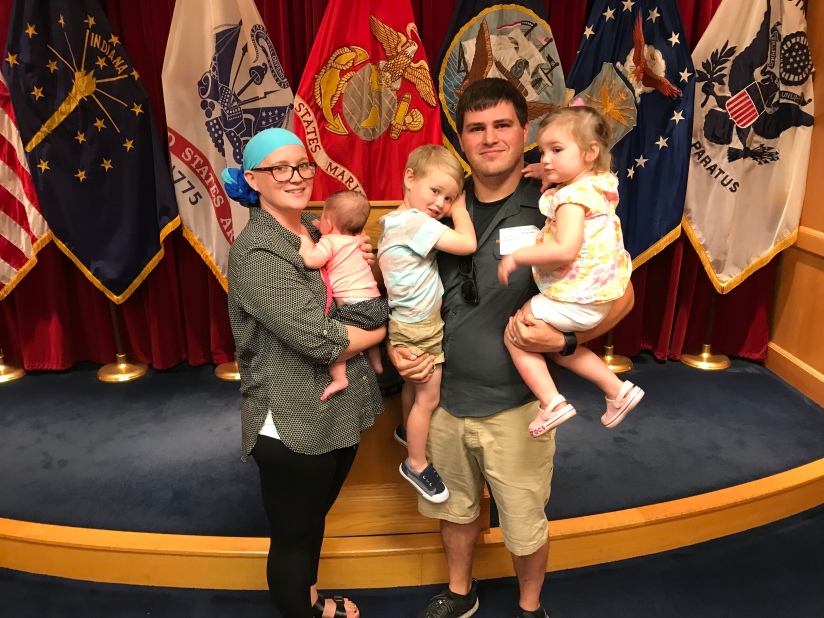 Since I found out I tested positive for the BRCA 1 gene mutation last May, I have had my sights set on this hysterectomy! For those that may not know, the gene mutation that I have not only put me at a much higher risk for breast cancer (hence the BILATERAL mastectomy), but also ovarian cancer. Now, many professionals say that if you test positive for the gene you do not run the risk of ovarian cancer until age 35. But since my body has not been following the rules anyhow considering the very early age I presented with breast cancer, I had no plans of waiting any longer than absolutely necessary to get my ovaries out.

I had to meet with a second breast specialty oncologist at Simon Cancer Center to get his opinion on an early hysterectomy. He gave me the green light, so my oncologist could approve a consultation with a GYN oncologist. The GYN Oncologist I met with was fantastic. He sat down with me, listened to my concerns and told me his thoughts. He also told me that once I was done with radiation, I might be worn out and not want to jump right into another major surgery.

Clearly, he does not know me very well.

I have three babies to take care of and I was getting my hysterectomy come rain or shine.  I have as Dave Ramsey calls it, a “Gazelle intensity.” Thankfully for me, I have always wanted three children and God blessed us with them a little closer in age than Jordan and I had originally planned. So, I did not have to worry that I would no longer be able to have children once the surgery was done.

Now that I had the “go ahead” from my doctors, all I had to do was wait to be finished with radiation. There was some back and forth about whether I would have my second breast surgery first. My skin did not heal very quickly from radiation, in order to have the early breast surgery (which usually happens at 8 weeks) so I must wait the full six months to have that surgery.  Knowing that the breast surgery was pushed back, now, I just had to wait. And wait. For what felt like forever to get my Hysterectomy on the schedule.  I like to have a plan in place, so I can start hacking away at the details, but I had to wait until my second appointment with the GYN oncologist on November 28th.  When I got there, he had an opening for surgery on December 17th, so things really started to fly after that. I just prayed that Jordan would be allowed to call before surgery, so I could give him a heads up that it was scheduled a few days before he came home for Christmas.

All of this waiting for December got me to thinking about how this season should always be centered around waiting and expectancy. The whole reason for celebration in December is because the creator of the world came to Earth in the most fragile form imaginable: a baby birthed to a poor, unwed, teenage mother in a country that was under Roman rule!

The Jews had been waiting for Centuries for the Savior that God had promised them. There was prophecy after prophecy about the coming Messiah. The nation of Israel was sectioned into twelve tribes and they knew which tribe the Messiah would come from. They knew specifically which line of that tribe He would come from. The Israelites had been in and out of captivity since the birth of their nation and they held tight to the promise that God would send someone to save their nation (hence the name “Savior”). They believed this Savior would deliver them out of the hands of whatever country was ruling over them.

At the time that Jesus was born, Israel was under Rome’s thumb and once some realized Jesus was in fact, the Messiah, they expected him to have an earthly kingdom. They expected him to overthrow the Roman government and raise up the nation of Israel to its long-awaited rightful place in the world.

Little did they know, he was here to do something much more amazing. He was here to overthrow the force that holds every single person on Earth captive: SIN. He would live a sinless life here on earth and become a perfect sacrifice to pay for the price of our sin, giving us a ticket to Heaven. All we need to do is admit we are sinners and that we cannot do anything to earn eternal life.

You might ask; if he overthrew those things then why do we see them every day here on Earth. Well, because he is a loving and patient God. He gave Christians the job of telling everyone about this amazing deal! Did you hear that? That is why we are around! We are supposed to be sharing this amazing story so that others can have the opportunity to accept the gift of salvation before it’s too late.

We are on a time-table here. None of us knows when Christ will come back to overthrow Satan and permanently obliterate him, but he is giving us the opportunity to share this salvation with as many people as possible.  Because he is a loving God, he allows us to have free will. He is not a dictator or tyrant. He allows everyone the CHOICE to accept this gift and follow him.

Satan offers another choice, though it looks good on paper, it ends in eternity in Hell. Satan is not stupid. He knows he has been defeated. He knows Christ is coming back. He knows he is doomed. His goal is not to overthrow God. He knows that when Christ died on the Cross and rose from the dead, he lost. His goal is to take down as many people with him. He wants to lead as many people astray as possible. He wants to decrease the number of people that will be in heaven, so he makes the worldly choices more appealing to draw people to him, whether they realize it or not.

This plan for salvation was set into motion at the creation of the world and the Jews waited and waited for their savior to come and do you know what happened when the long-awaited savior came.

And if we would have been in their shoes…

We would have killed him too.

They completely missed it. Mary was pregnant and had to birth the savior of the world in a barn.

There was a star in the sky that men from the far east (who did not believe in the one true God!) found and followed to find the messiah.

Have you heard of the “Heavenly Host?”

Yeah, well it is not what was depicted in you child’s Christmas play.

Not a Choir of little frilly girls with halos and flowing gowns.

A GIAGANTIC army of celestial beings came to earth shouting at some poor shepherd guys that there was a baby born in Bethlehem who would save the world.

…and everyone else missed it.

They were busy with their lives, their jobs, their kids, their financial problems that they missed an army of angels appearing in the sky.

They completely missed it.

Just like most of us miss it every. Single. Year.

The Christmas season should be about the birth of Jesus. The excitement we have leading up to Christmas should mirror the excitement the Jews were supposed to have waiting for their Savior to rescue them. We have so much to be excited about! Jesus defeated death and offers us eternal life!  We should celebrate the day that creator of the world chose to be born in a barn! (Even if it’s not the actual day he was born).

Gifts are great. Traditions are important. Santa is exciting. The elf is fun too.

But don’t get distracted by the pull of the world.

Don’t get distracted by the side shows and miss the main event.

The focus of Christmas should first and foremost be Jesus.

Our attempt this year to focus on the true reason for excitement and celebration during December. A Velcro advent calendar the kids can pull out every day. Found on amazon. (Because I am an amazon prime mom)

We have an advent story book we read every night titled 25 stories that point to Christ. 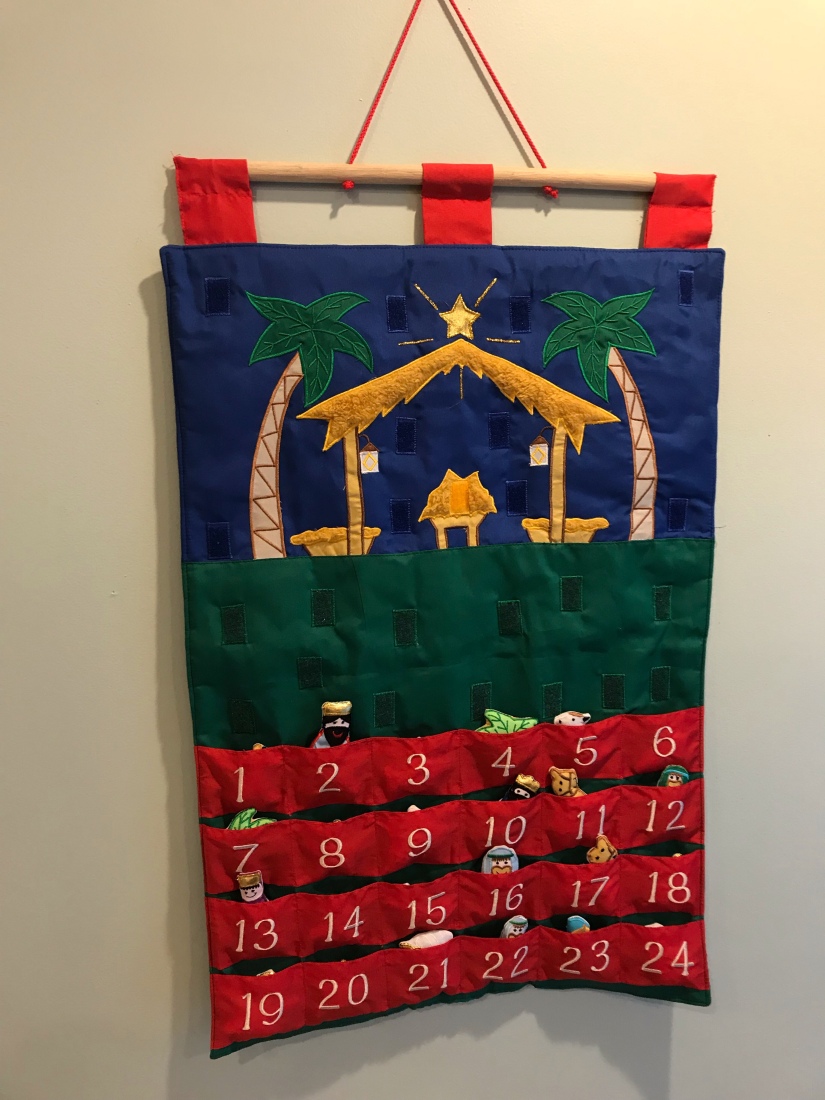 Our Christmas tree as proof that I don’t think you have to be a Scrooge or hate other Christmas traditions. I just want to show my children that all of this other celebration is secondary to Christ. 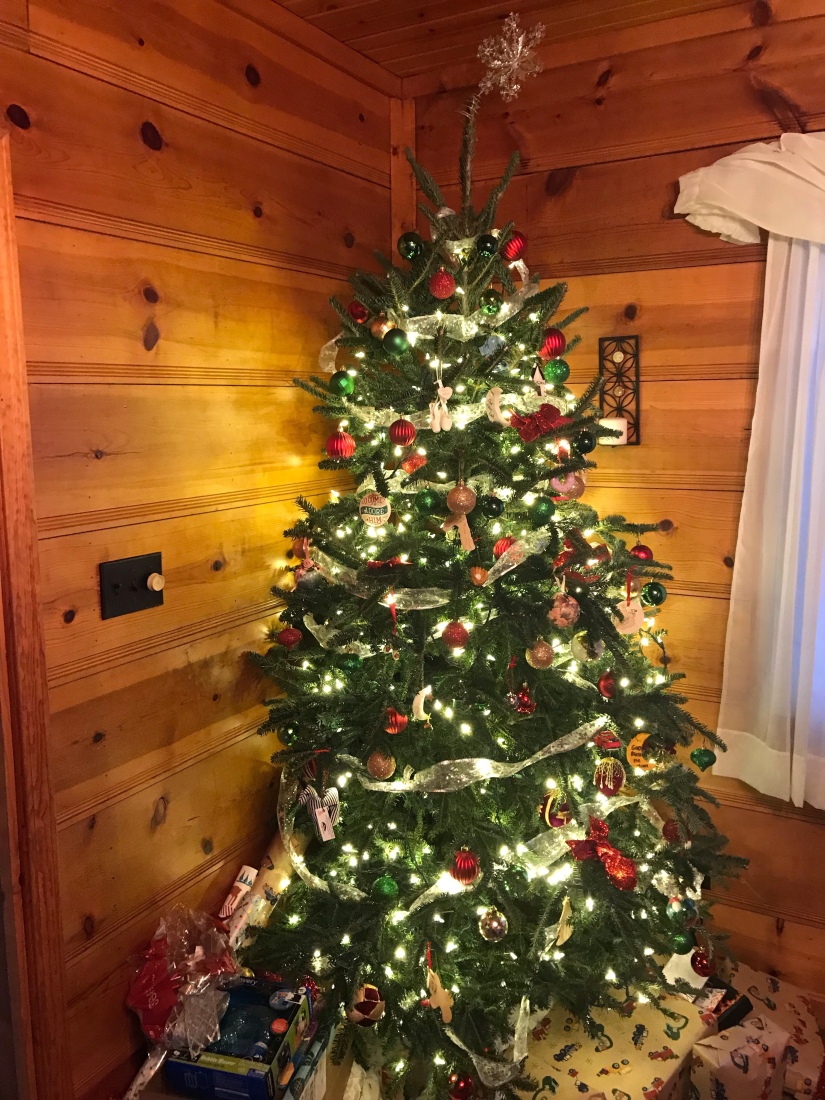 Wife. Mom of 3 babes. Sinner saved by grace. View all posts by jkjustice12

5 thoughts on “Oh, I want a hysterectomy for Christmas 🎼”